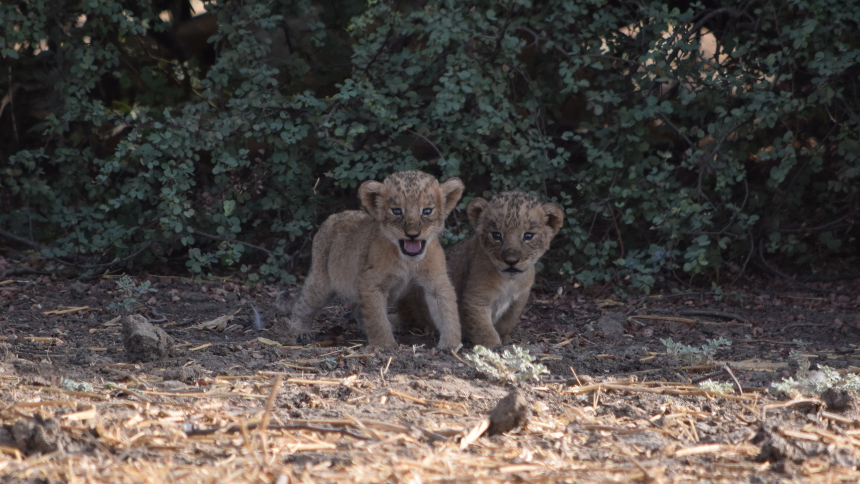 “I was woken up by crunching and thumping before sunrise. I got up to try and look out of the window of my room, but I could see nothing but blackness in front of me. As I was looking and trying to figure out where the sounds were coming from, the blackness moved and the lights of the huts beyond appeared. That’s when I realised that the blackness was not due to the sun not being up yet, it was the huge body of an elephant right in front of the window!” This was Anna’s story when we gathered for breakfast less than an hour later, with the elephant also enjoying his meal a dozen meters away. 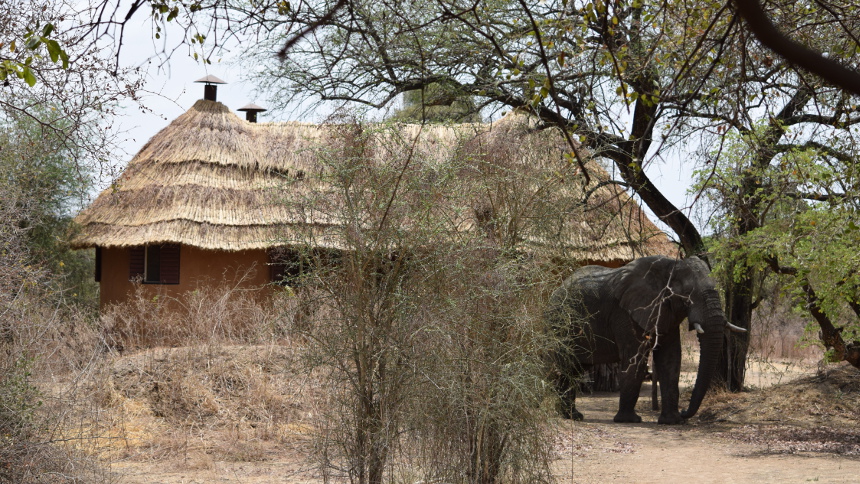 At 6 o’clock we boarded the open car for the first drive through Zakouma Park with our driver Ismael. We immediately started spotting the more common herbivores: the shaggy waterbucks, the powerful buffaloes and the long-faced hartebeests. 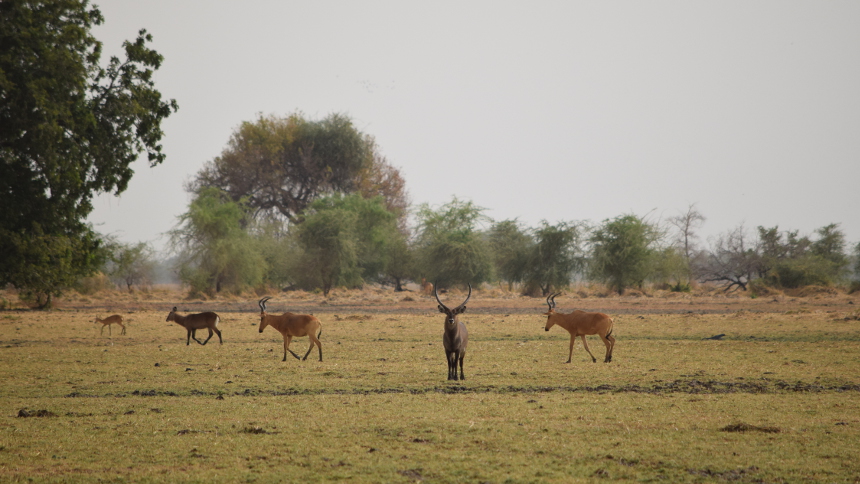 We approached a tree where lions were seen the day before and we saw two very young cubs resting in the sun close to the cascading branches. They were startled and walked under the leaves while meowing for their mother, who was keeping a lazy eye on us while licking and nursing a third cub. We spent a good long while taking pictures and videos of the cubs that, according to our guide, were about 3 weeks old, and were definitely cute and cuddly as no cub has a right to be! 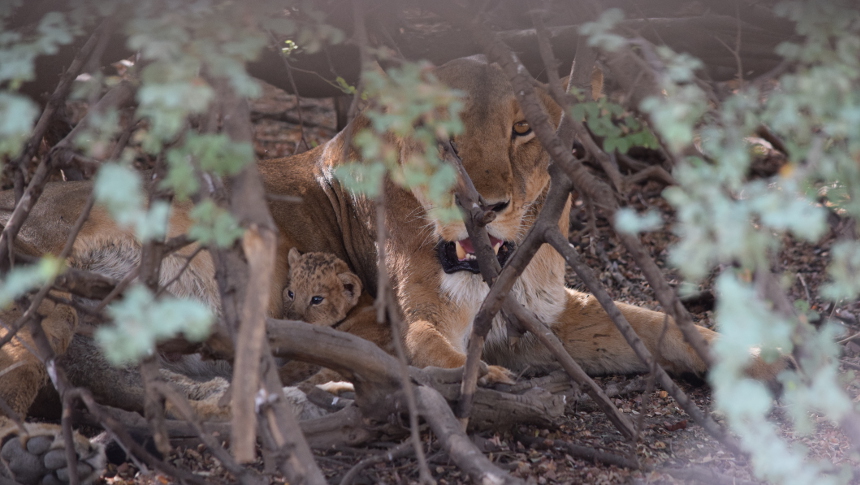 Driving away from there we coasted the edge of what is a river in the rainy season, then becomes a swamp and now, at the end of the dry season, was just a plain of dry mud. As we were going along we spotted another lioness in the distance and we decided to follow her. After walking a while, she crawled under a tree and we managed to drive closer still, and surprise! Under the tree with her were two cubs, this time around 3 months of age, hiding and looking at us. A few pictures later and it was time to go back to camp, as the temperature was getting very high. 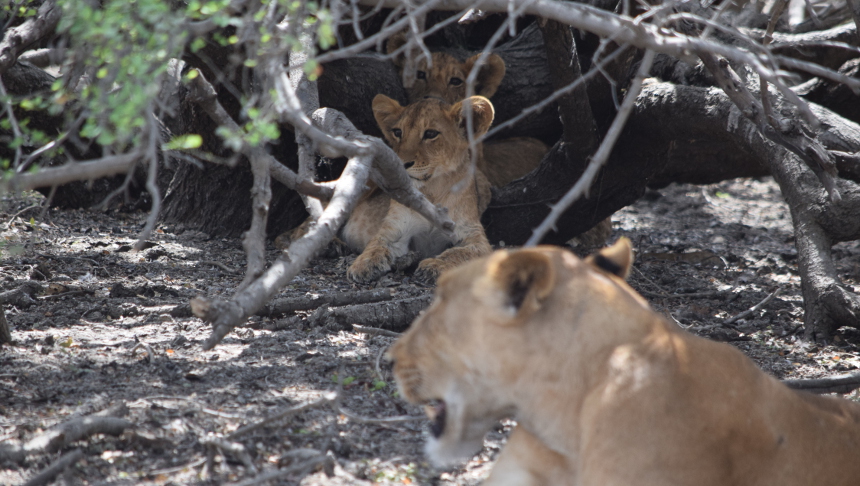 And when we felt more than satisfied on an amazing first drive, there was another incredible sighting waiting for us: a leopard! It was barely visible behind the base of a tree, the tip of a wriggling tail on one side of it and the blue-yellow eyes gazing at us from behind a fallen branch on the other. He tried to hide behind the tree, but when he understood we could still see him, he darted away. 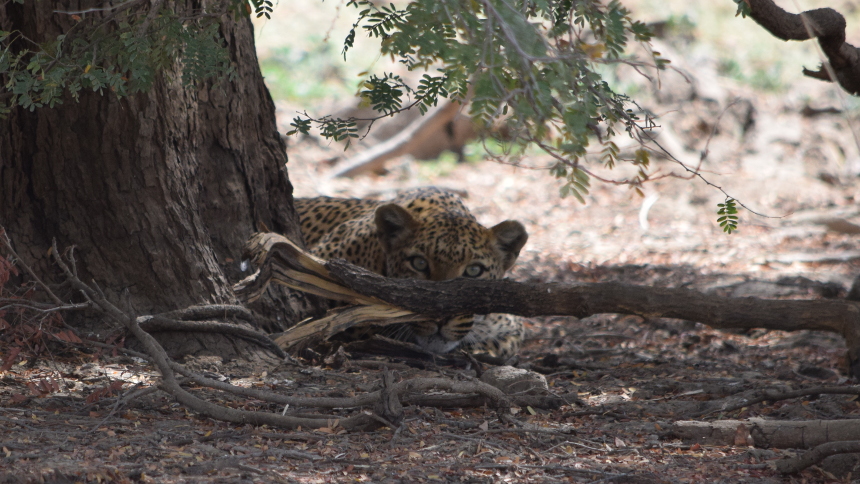 2 thoughts on “First morning in Zakouma”