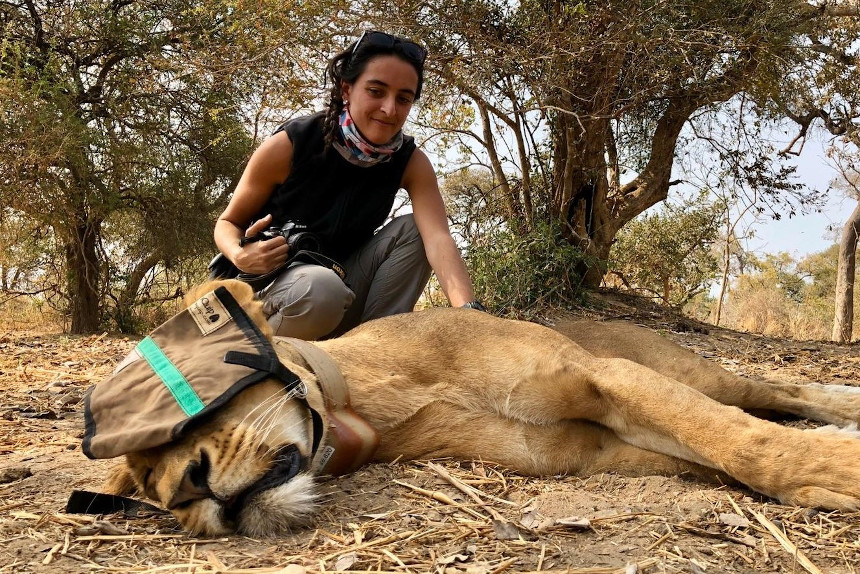 The first step in the lion project has been to collar 5 lions. We looked for lions living in areas that will flood in the wet season, such as Rigueik, Fatagoki and Tororo, and close to park borders. We are very interested in seeing if the lions move out of the park, and where, when their usual territory is underwater. 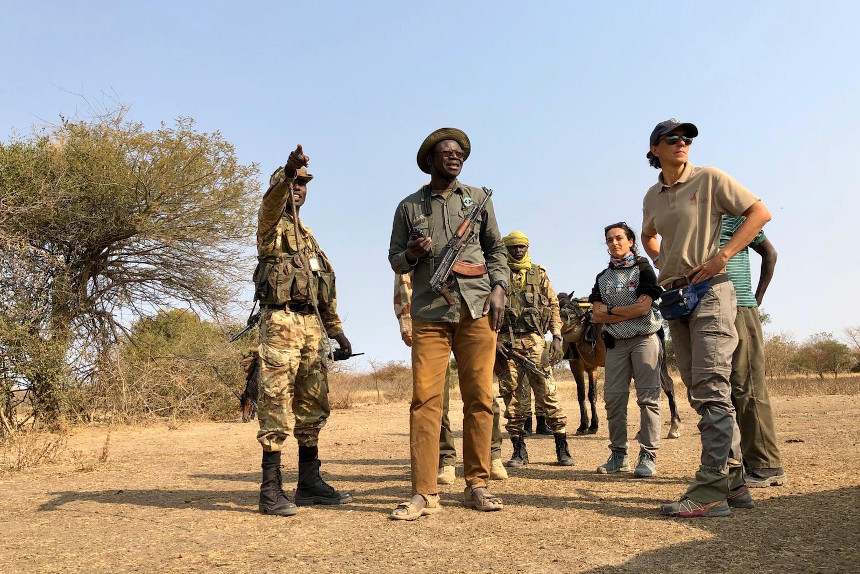 In a small team, with wildlife vet Charlotte Moueix and a few helping hands, we drove out from early morning to find the lions. Given it is still early in the season, the lions aren’t so easy to find and we drove for hours and hours before finding a suitable candidate. Luckily, we had asked everyone in the park, tourists and guards, to call us when they found lions, and it was them that found our animals. 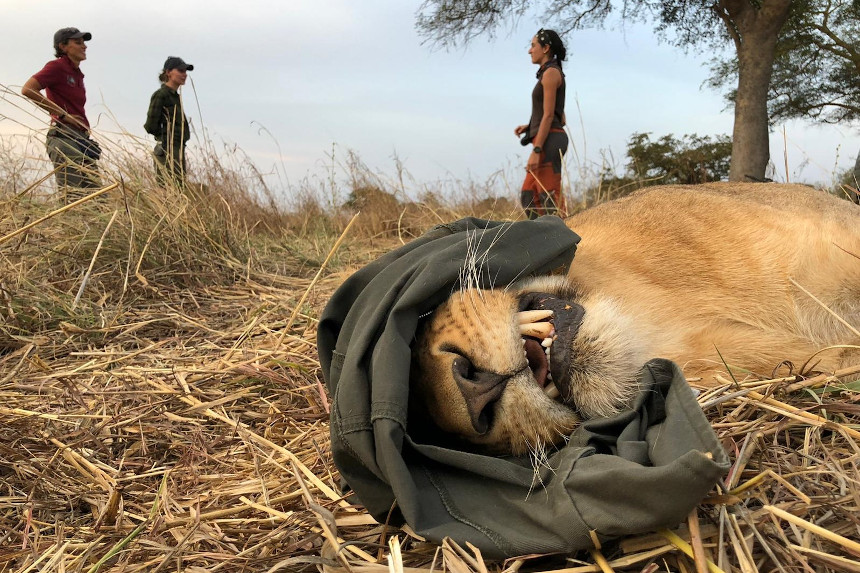 When we reached the lion, we slowly approached as close as possible trying not to spook it, then Charlotte shot it with a drug dart, and depending on the dose and size of the animal, either it run a few meters and then laid down, or in one case run far into the tall grass and we lost sight of it completely! We had to call in the cavalry: with 3 cars combing the area, we only found it when the plane flew over and called us directions. 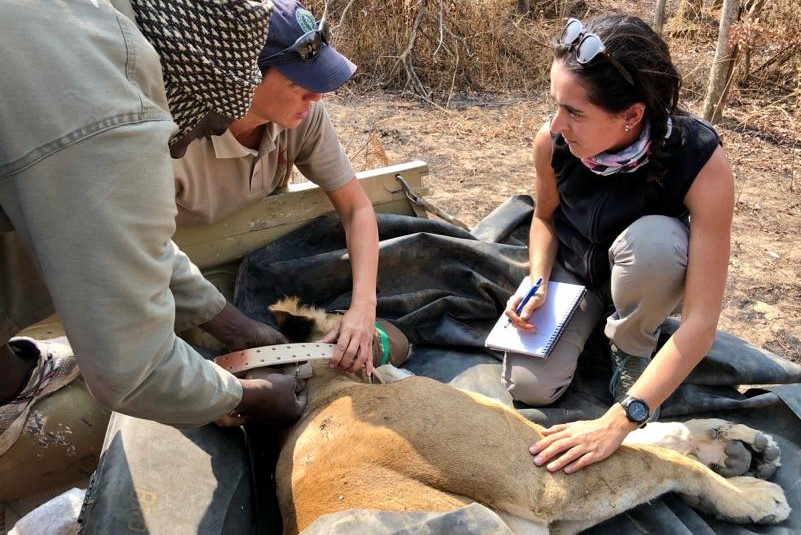 No rush is needed with lion captures and we waited to make sure the lion was really out before getting out of the car and approaching it. Then we fit the collar, measured the animal, took blood samples and tons of pictures for ID. A couple of times we had to move the lion to a new location, so we rolled it on a carpet and needed at least 5 people to be able to lift it on the back of the car! Up close they are a lot bigger than they look from far away… 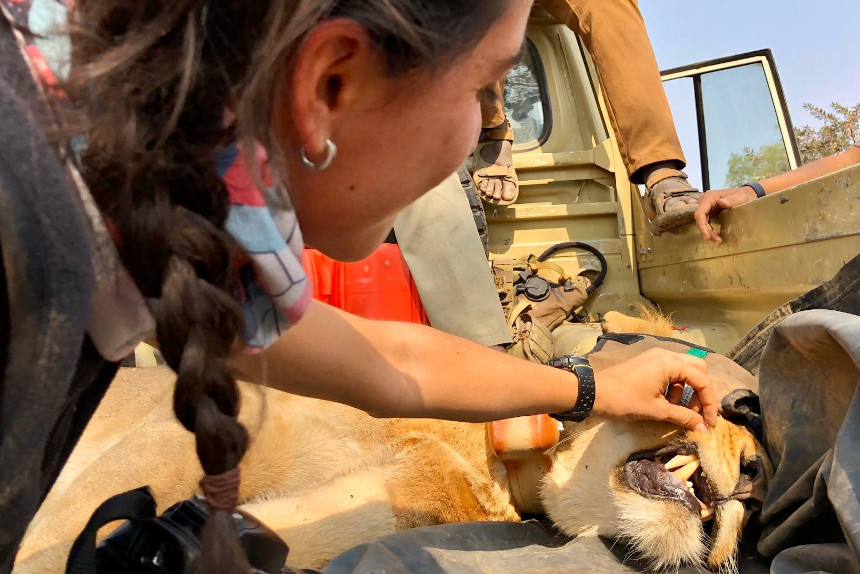 We took the opportunity to allow the local people visiting the park to get close and take pictures with the darted lions. Involving the communities in conservation work is one of the key aspects of research and conservation for these projects to be effective. By showing the people lions up close, we let them see the animals not only as the dangerous idea they have of them, but how they actually are up close. This is not to say that lions are not dangerous, but to show them that they are not only a danger, but also beautiful creature worth protecting. 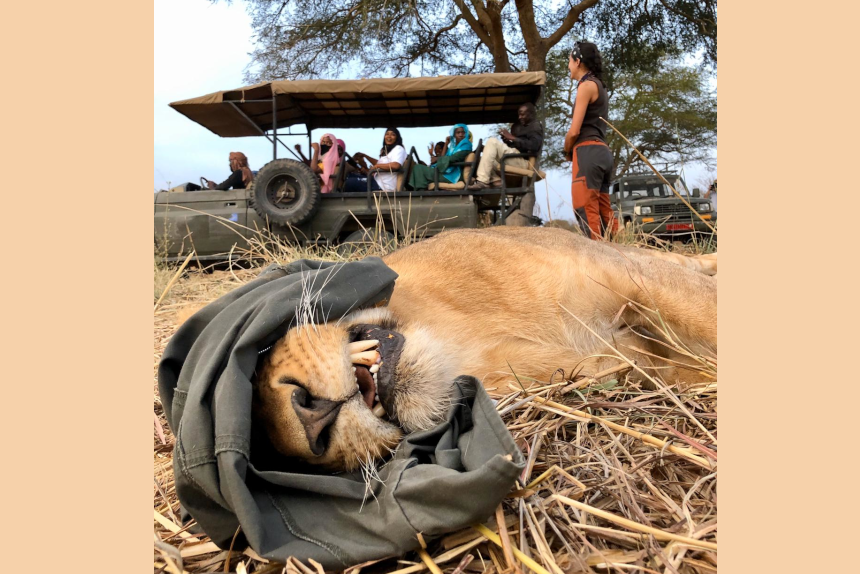 When we were happy that we had all measures and samples and the collar was well in place, Charlotte gave the lion the wake-up drug and we waited in the car for it to wake up: at first disoriented, then stumbling about and then finally running off to find a safe place and wait for the drug to fully wear off. 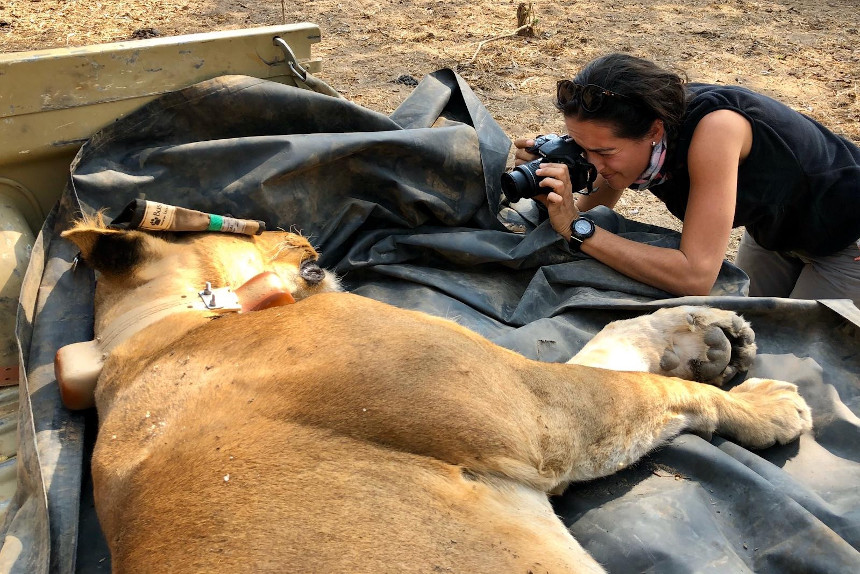