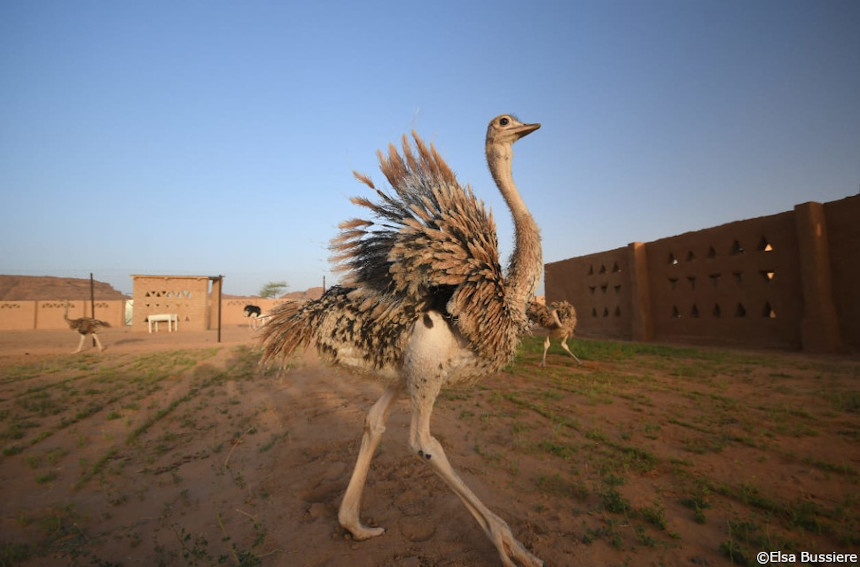 African Parks is famous for the many reintroductions they undertake in their parks, bringing back the species that intense poaching and bad management have taken out of the picture. This year I contributed to the capture of ostriches in Zakouma National Park to be transferred to the Ennedi Natural and Cultural Reserve (RNCE). 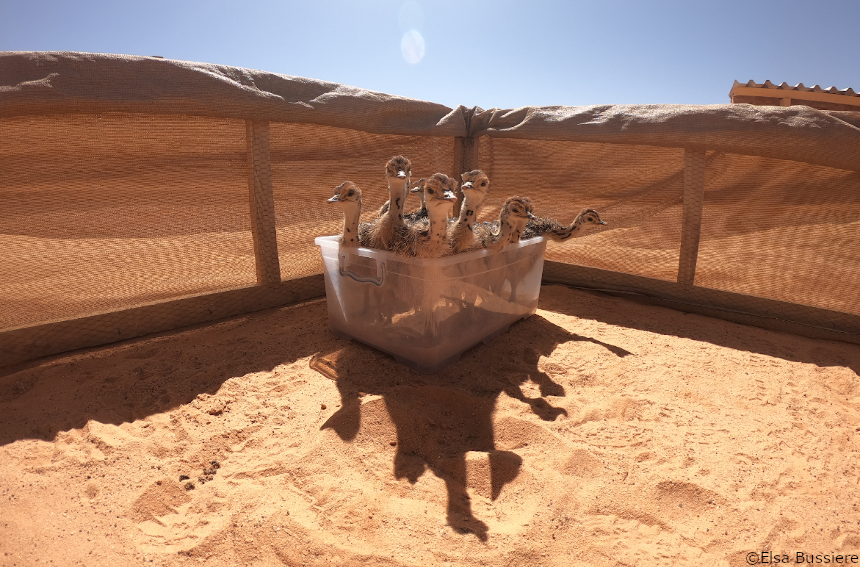 Historically in the Ennedi massif you could find a lot of different animal species: Barbary sheep, Dorcas gazelle, scimitar-horned oryx, red-necked ostrich, and even giraffes. Some of these species are now locally extinct, others are fewer and fewer. In 2018 APN organized a mission to confirm the presence (or absence) of the red-necked ostrich in the Ennedi. After weeks of search, and with the water storage running low, they found the tracks and saw, although from very far away, a wild ostrich in the North-East of the Ennedi Massif. While not locally extinct, the red-necked ostrich is extremely rare in the Ennedi, while in the past it was a common sighting. This led to the decision of reintroducing the ostrich to boost the local population. 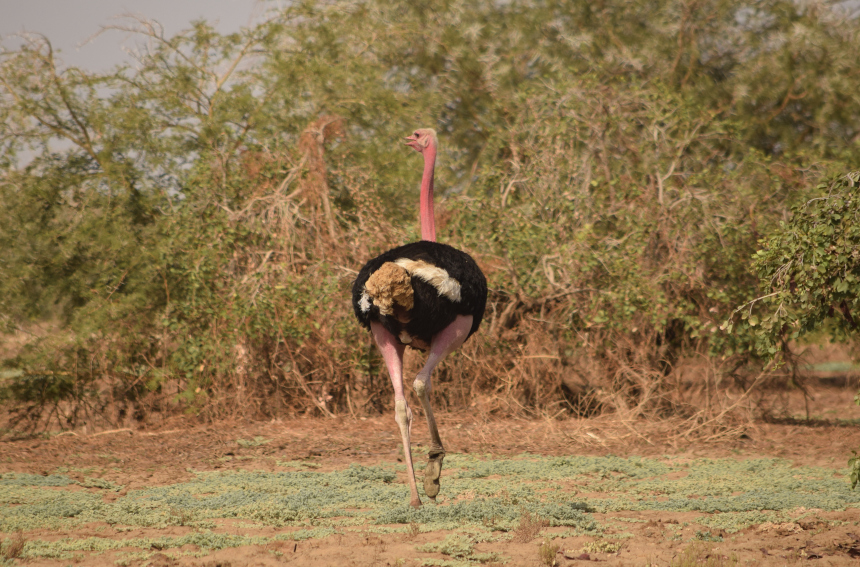 A perfect source population for the reintroduction was found in Zakouma National Park. The species is the same, the country is the same and both parks are managed by APN, making it an easy and straight forward operation. After months of work in both parks: in Fada (RNCE HQ) to prepare the reintroduction enclosure and in Zakouma to find and monitor ostrich nests; in March we begun the operations of capture and translocation of baby ostriches. 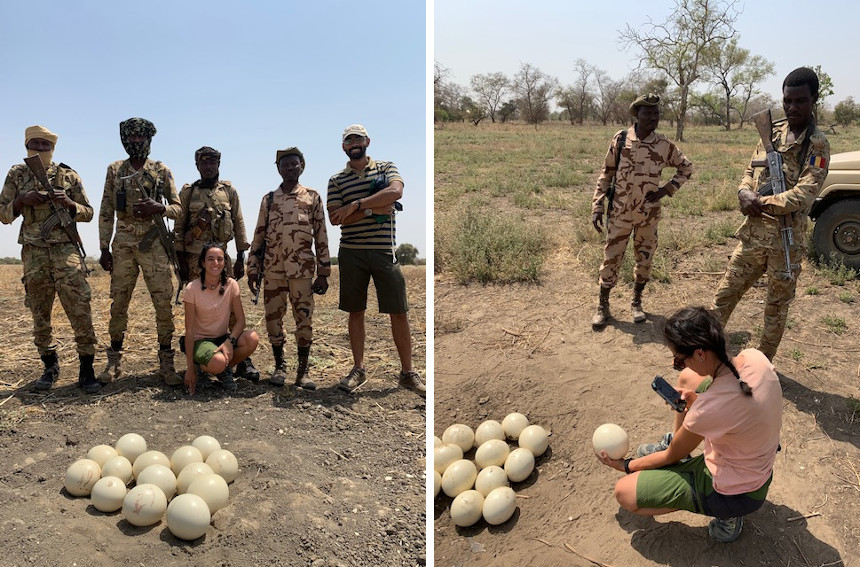 First thing was finding the ostriches: we were looking for young ostriches, no more than 60cm high, both for ease of capture and transport, and because youngsters have an easier time adapting to new environments. At that age the babies are found with both parents, who are protecting them and teaching them what to eat. 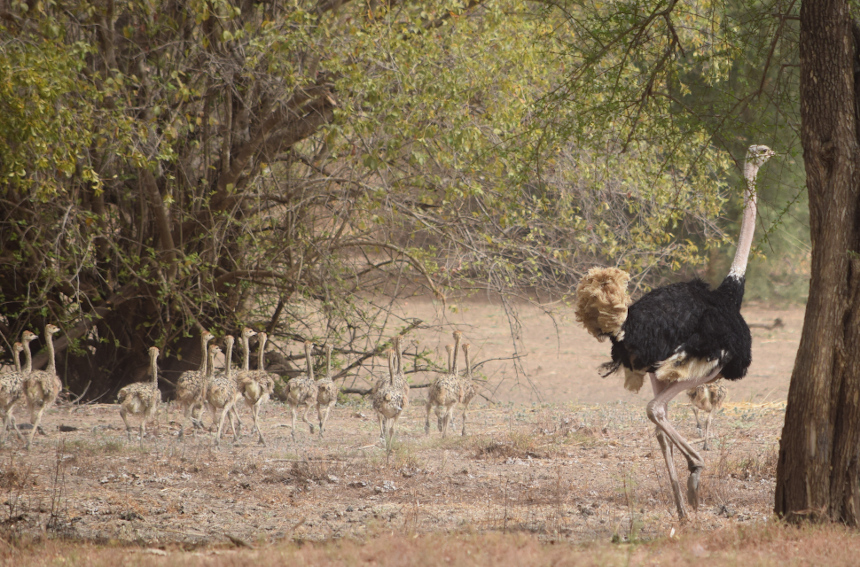 Under the supervision of a wildlife vet we separated the parents from the young. The chicks’ defence mechanism when faced by a threat is to crouch down in the grass, and their camouflage coloration hides them perfectly. At that point we hopped off the car, and keeping an eye out for the parents, whose kick and peck can easily kill a person, we searched and caught the hiding chicks. When ostriches nest, they lay a large number of eggs, and one of the batches we caught had 16 chicks! 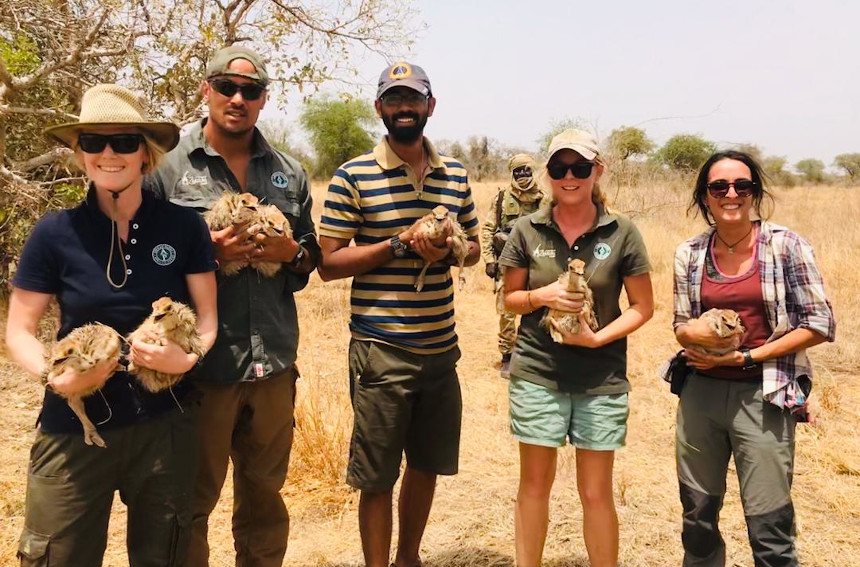 After bringing them back to base and letting them recover from the shock of capture, the chicks were loaded in the back of the Ennedi’s plane and flown off to Fada to their new enclosure. After check-up and vaccines, the chicks are now being reared in Fada, on a special diet that slowly introduces them to the food they will find in the new environment. 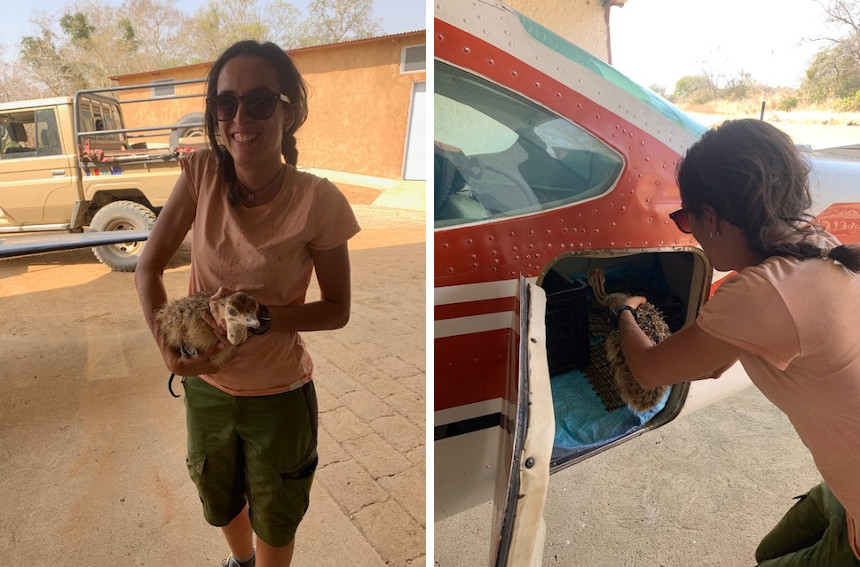 When the ostriches will be old enough to fend for themselves, the door of their enclosure will be opened for them to conquer the new habitat! 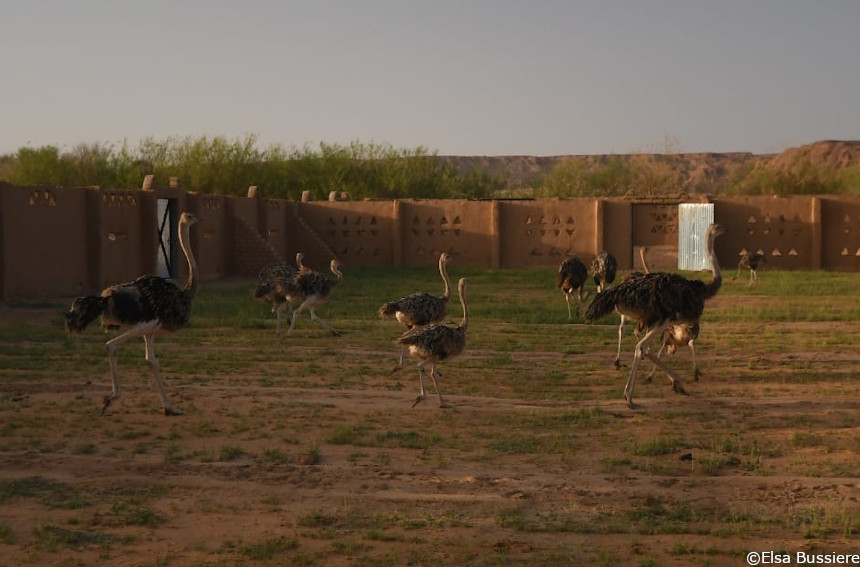 Learn more about African Parks who manages Zakouma National Park and Ennedi Natural and Cultural Reserve in collaboration with the Chadian government.