ID kits are a huge help in identifying lions, but must be made accurately and kept up to date to make things easier. When making a new ID sheet, the first thing you do is give a code name to the new lion, then mark down the area where you saw the lion and then the sex and age-class at the time of first sighting. Only when you have noted these characters, which are essential to help thin the pot when you look to identify the lions in the future, will you move to more uniquely identifying character. Here we focus on the basics: how to determine the sex and age of your lion. 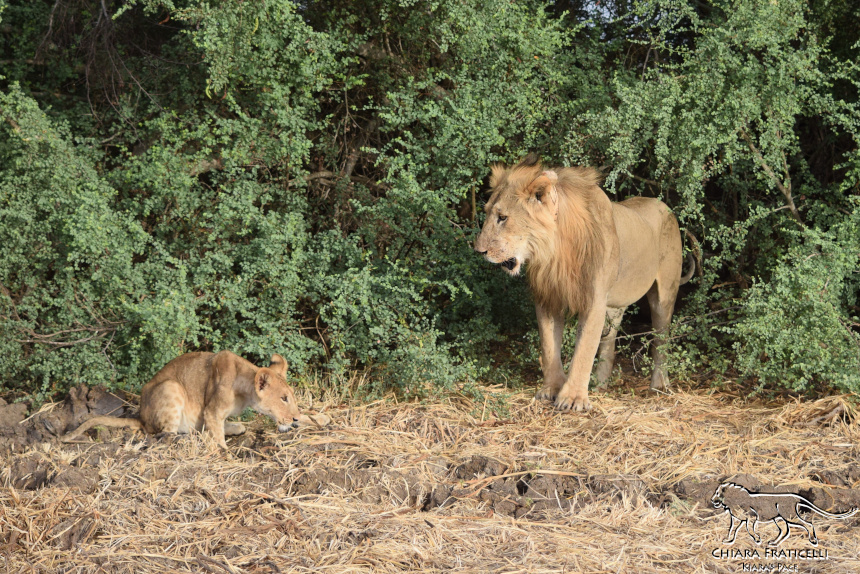 Determining the sex of a lion is usually pretty straightforward. Male lions are bigger than females, already at 5 months old, and when males are around 1 year old, the mane starts to grow and makes it very easy to tell males and females apart. The lions of Zakouma though tend to have little manes, and they tend to grow more slowly, below for example is a 3-and-a-half-year-old male, in size he is a lot larger than the females, but the mane is barely visible! 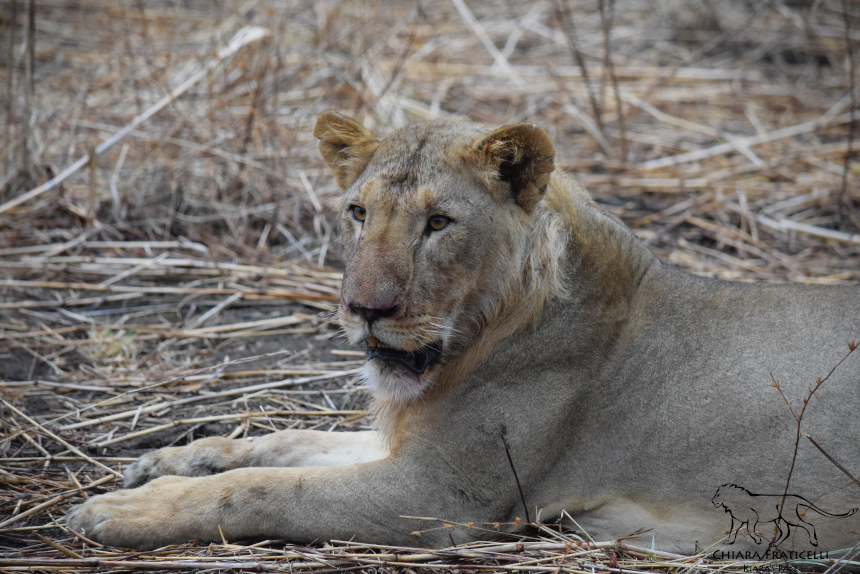 For this study, we are dividing the lions in 4 age classes: cubs, juveniles, sub-adults and adults. Cubs are less than 1 year old, they are easily distinguishable by their size. When they are less than a month, the mother keeps them hidden in a bush or hole, making it very difficult to find them. As they grow older, they start following the mum around. 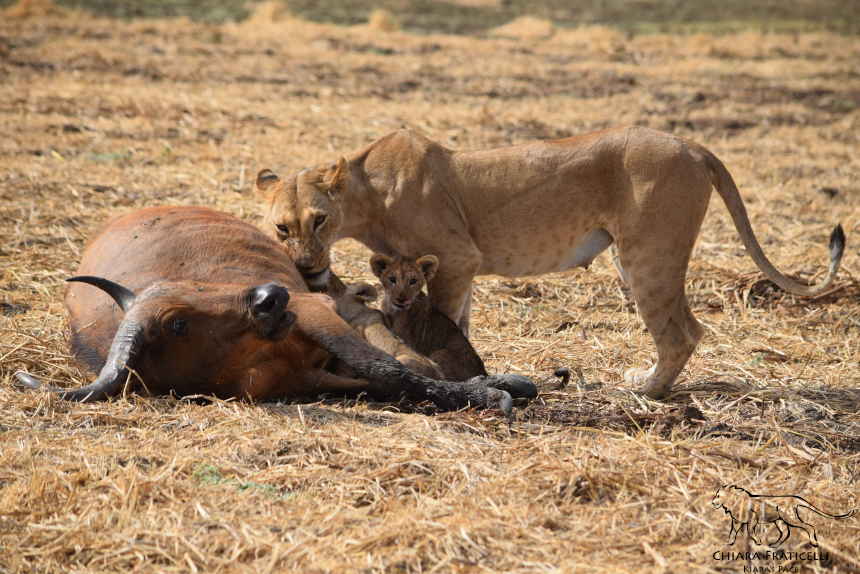 Juveniles are last year’s cubs, between 1 and 2 years old, they are still dependent on the mum to learn how to hunt. They are still visibly smaller than the adults, especially the females, while the males might start to reach the size of the mother. They retain spots on their legs and belly and they have an expression that reminds of cubs more than adult lions. 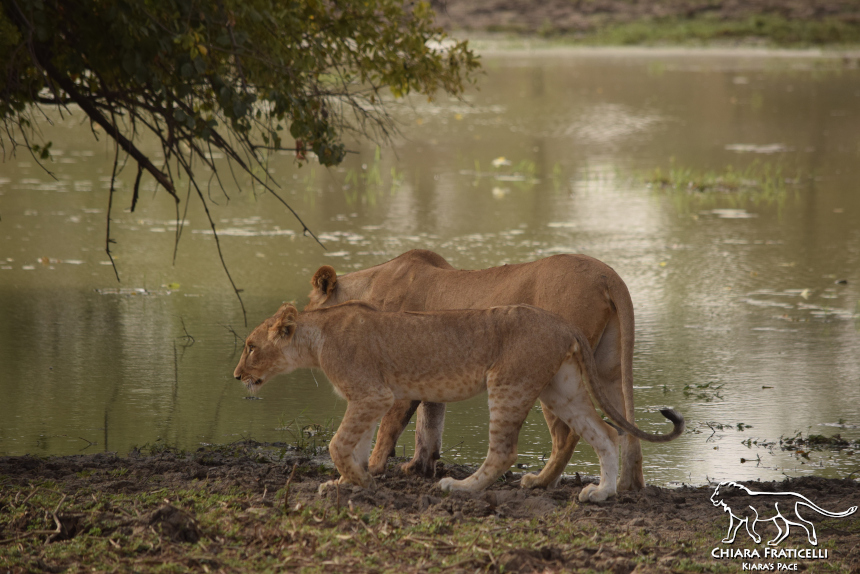 Sub-adults are reaching the age of maturity and independence. Between 2 and 4 years old they are as big as adults, although they still have less bulk, some spots are still evident on their legs, their nose is pink and males have small manes. At this age they are independent, males are often chased away from their natal pride and sometimes from their natal territory, they sometimes form coalitions with their male siblings and cousins. Females remain in their natal territory, but don’t necessarily spend their time with the mother, at this age they can start mating and having cubs. 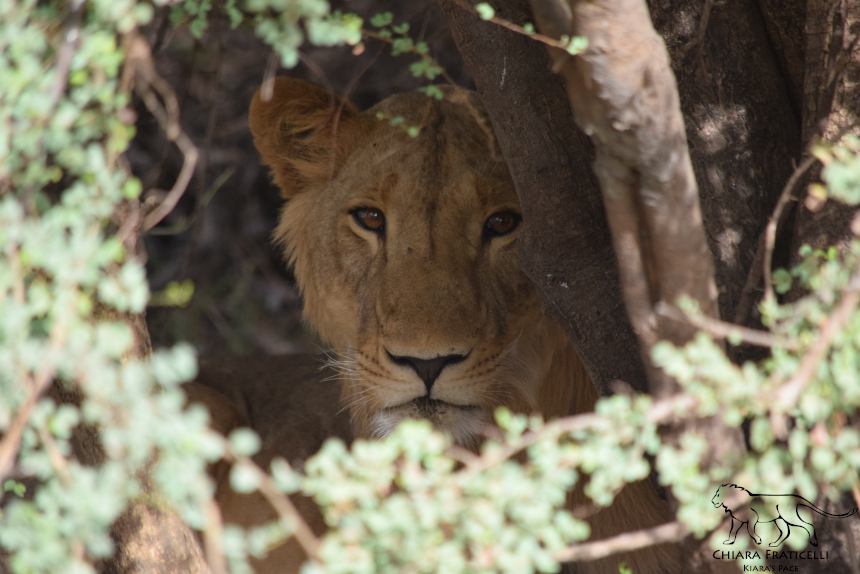 Adults, at more than 4 years of age are fully mature and independent. It’s hard to identify the boundary between adult and sub-adult from physical appearance, but as lions age, they lose the spots on the legs, they gain bulk, the nose starts to show black spots and will become fully black with old age. The mane in the males grows longer and thicker and also darkens with age, although the males in Zakouma never reach the full and thick manes of the south and eastern lions. Signs of life and fights also appear, such as thorn ears, broken teeth and scars on the face and body. 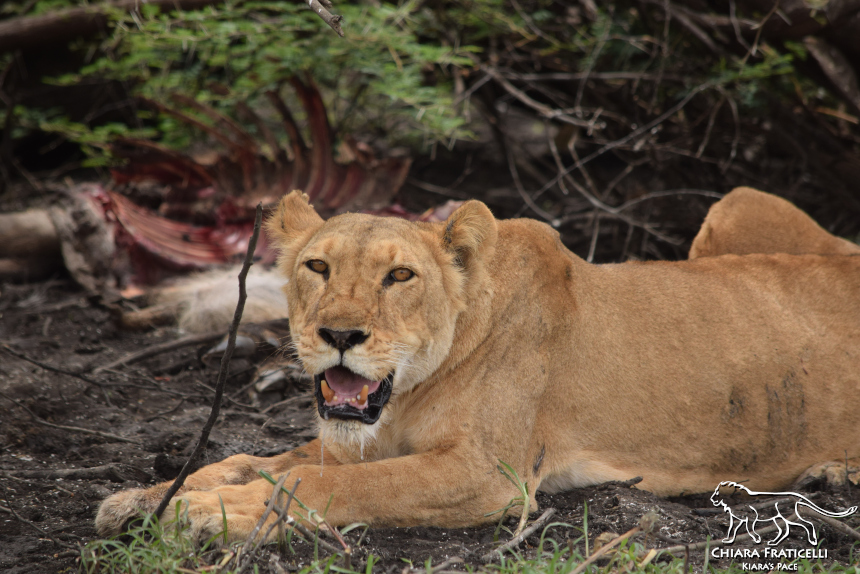