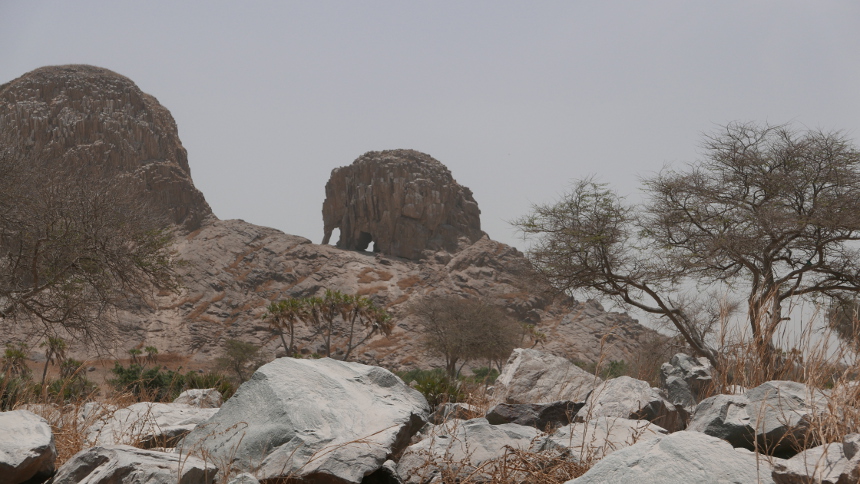 Today we went to visit one of the few attractions close to N’Djamena: Rocher de l’elephant (Hadjer el Hamis), the elephant rock. To get to the rock it takes a couple of hours drive, but driving in the streets of Africa is never boring. You get the chance to see the villages along the road as well as the temporary settlements of the nomads. 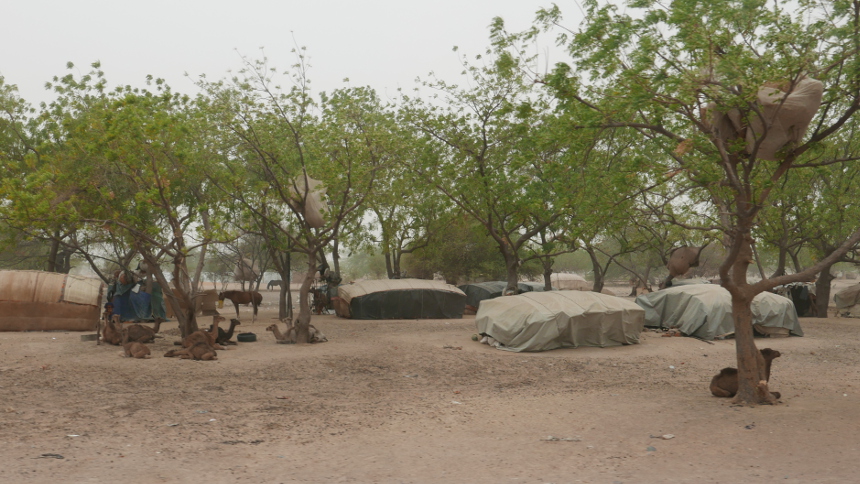 A large part of the Chadian population is nomadic, they move with their cattle and camels  across the sahel in order to find enough food for the animals and trade with the villages they encounter. As soon as you exit the city you find some of these nomad settlements, with their rustic tents and goats, camels and cows moving around. As the sahel is made of sandy terrain and very little vegetation grows, these settlements must move quite often to avoid the plants that feed their animals to be overgrazed. 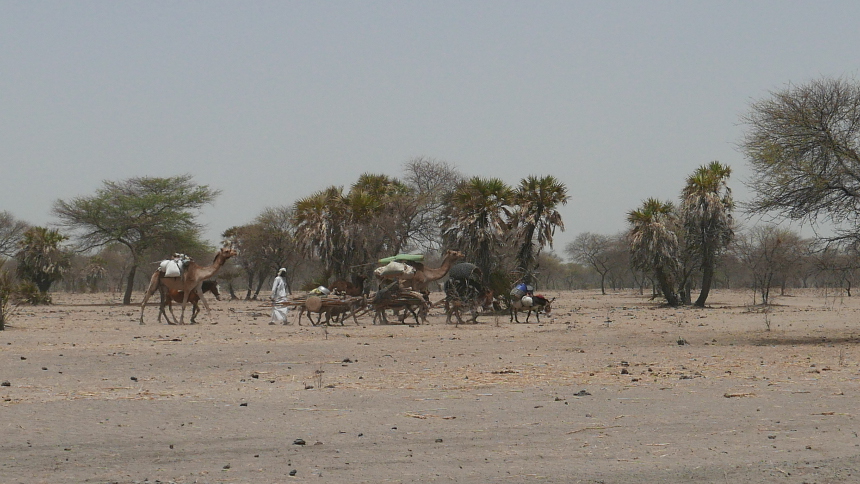 We were driving along the road when out of nowhere a series of dome shaped mountains appeared. These rock hills or small mountains that rise in the middle of a plain are called inselbergs, or koppies, and they are very common in Central Africa. We drove up to the one on the right and as soon as the angle was right, you could see the truck, the legs and the body of the elephant. 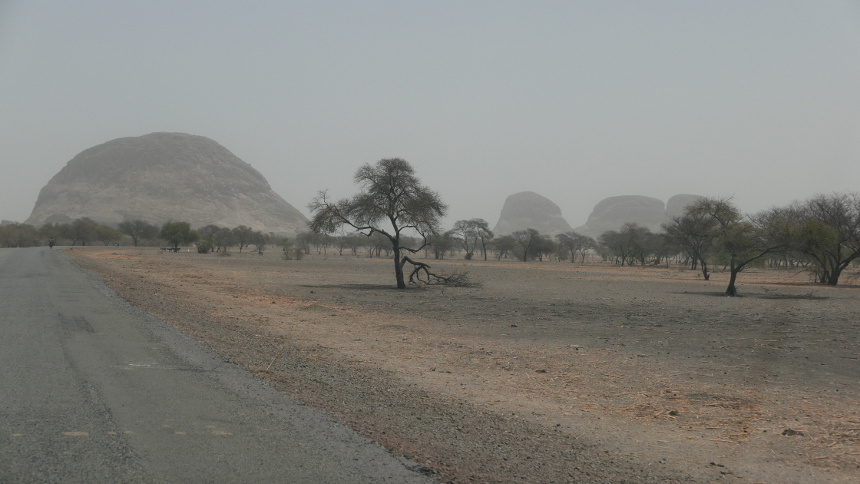 We got as close as we could by car and then we climbed the 50 meters high koppie to get to the base of the elephant. Even though it was only a few minutes climbing on the rocks, in the late morning of Chad we immediately got thirsty and sweaty! 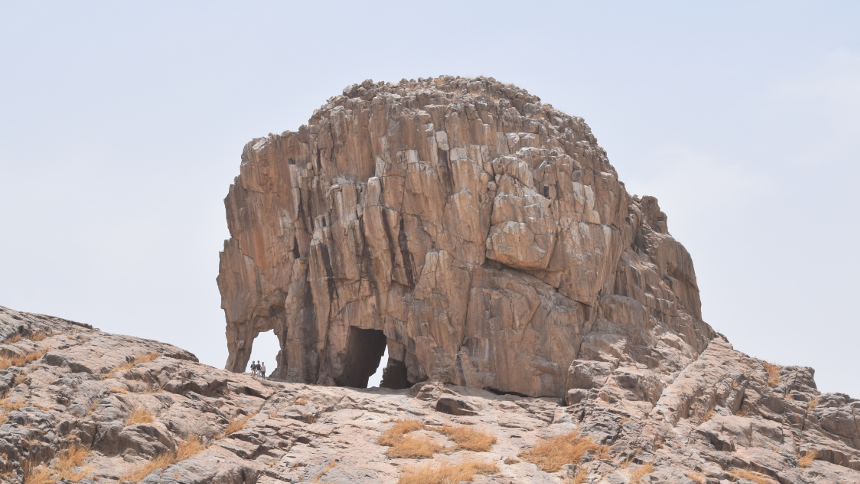 From up there we had a nice view of the plains around, with few acacia trees and lots of sand. We also spotted some bats and a barn owl hidden in the cracks of the rock under the elephant’s belly, and some guinea fowls hopping around.