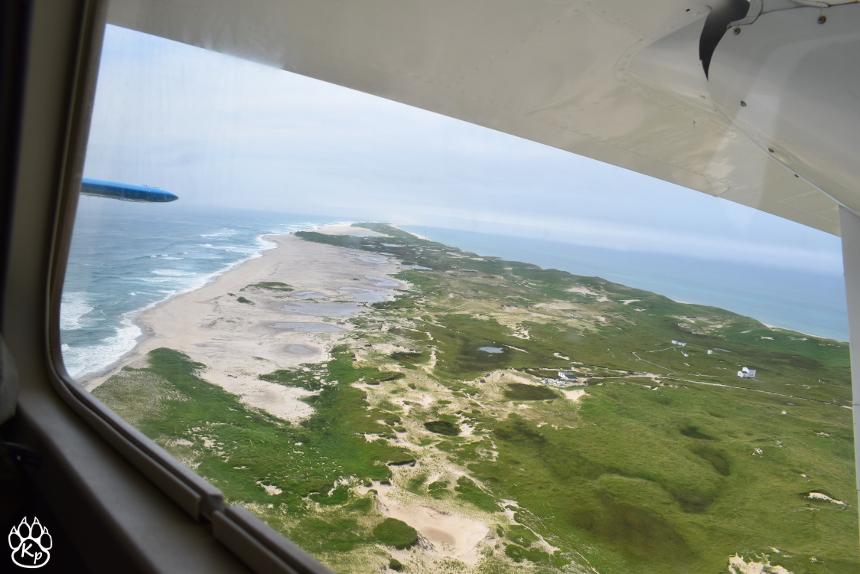 Sable Island is a strip of Canadian land far into the Atlantic Ocean. I am here to do field work for my Masters project and contribute data to the long term Sable Island Feral Horses project. This island, nicknamed “Graveyard of the Atlantic”, is famous for the number of shipwrecks that occurred since the 16th century, for the hundreds of bird species and for its thriving population of feral horses. 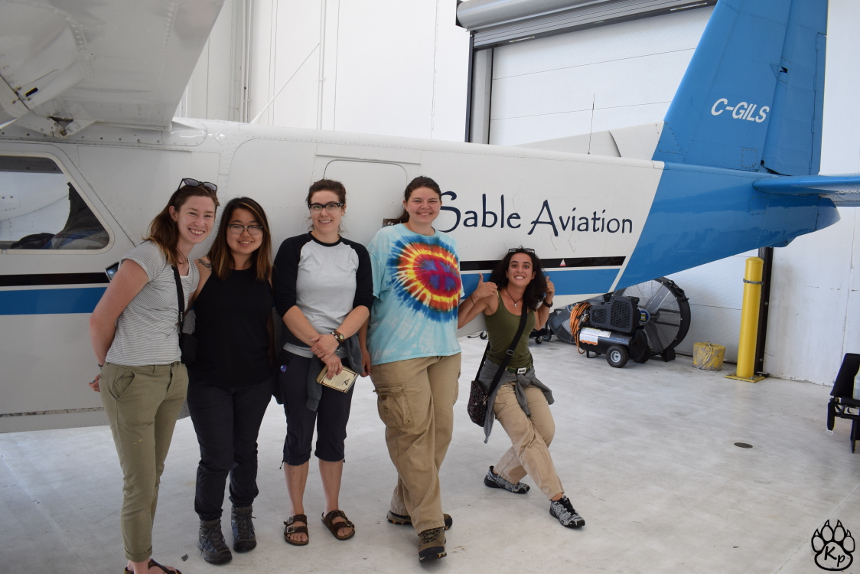 We were delayed in Halifax for several days, waiting for the fog and rain to and for the landing area to dry enough for the plane to land. This morning we got the call: there is a small window of good weather that will be perfect for us, but we must be at the airport in just 3 hours. In a rush we finished packing our stuff, we ran to the grocery store to buy last minute fresh and frozen food and we got to the airport just in time. Once there, everything was weighted, from our large food coolers, to our bags and us as well. It’s very important that we didn’t exceed the weight limit given the small size of the plane and the soft ground we will land on! When everything was loaded evenly on the plane, off we went, flying over the amazing coast of Nova Scotia, with all its trees and lakes, the view was amazing.

Sable Island National Park Reserve is a 49km long sand bar, located 175km off the coast of Nova Scotia, it’s under the management of Parks Canada. The island is characterized by tall sand dunes, most covered by short vegetation in the spring and summer, and it has several fresh water ponds around the central and western area. The climate is more temperate than mainland Canada, but in the winter the snow covers everything and strong winds are very common. On the west side of the island there is a little human settlement with less than 10 people in total. The employees of Parks Canada live here to keep the station functional and keep an eye on the island, staff is present to manage the weather station and in the summer a few tourists and researchers like us pass by for a few hours or a few weeks. 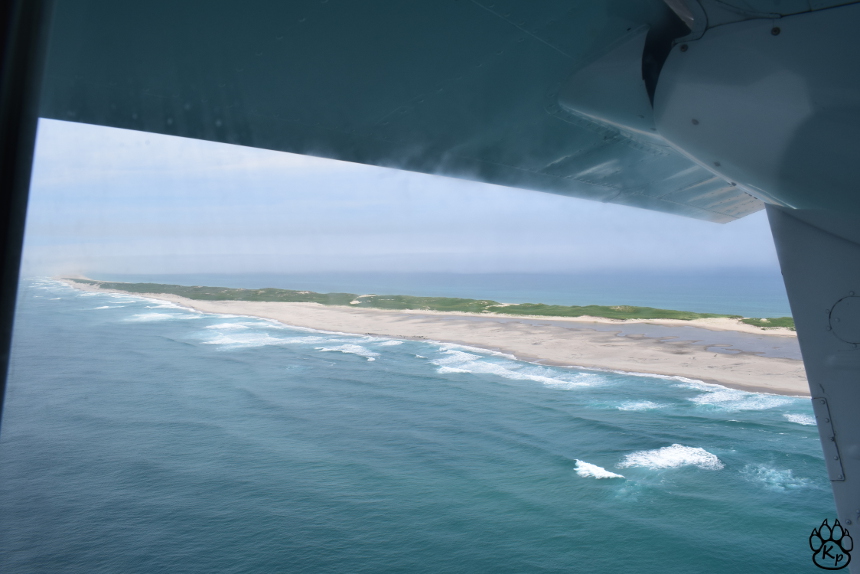 As we got closer to the island a thick bank of fog appeared, in the middle of it was our target. I managed to get a nice view of part of the island through the fog as we approached: large sand beaches, green short vegetation and blue fresh water ponds. Lucky for us, the fog was less thick above the southern beach where the land is flat, the sand is wet but hard, and there is less vegetation. This was our landing strip. Just a little later and the incoming fog would have prevented us from landing. The Parks Canada crew was waiting for us with the car and they helped us unload everything and then carry it to the main station.