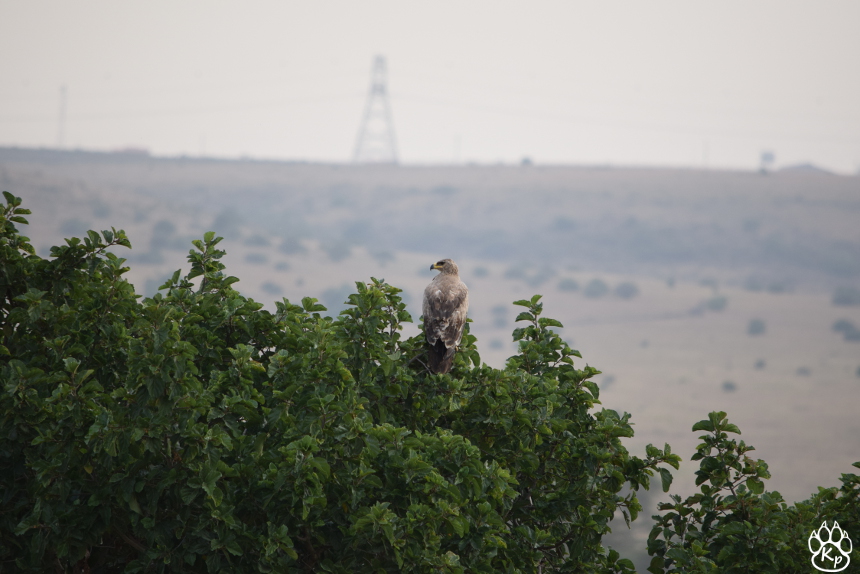 Nairobi National Park was established in 1946, it is the first national park in Kenya and the only wildlife reserve in the world to be inside a city. It sits on the southern border of Nairobi, the capital city of Kenya, and on top of the Athi-Katipi Plains, inhabited mainly by pastoralists of the Maasai tribe. While the park is fenced on the three sides touching the capital, the southern border is left open to allow movement of the animals in the neighboring plains. This is important because Nairobi NP is a small park, less than 115 km2, which means that there isn’t enough space for the many animals to survive unmanaged if the park is fully enclosed. There are no elephants in the park because it’s too small to sustain a healthy population, but you can find lions, leopards, rhinos and buffaloes as well as herds of antelopes and gazelles and plenty of ostriches. 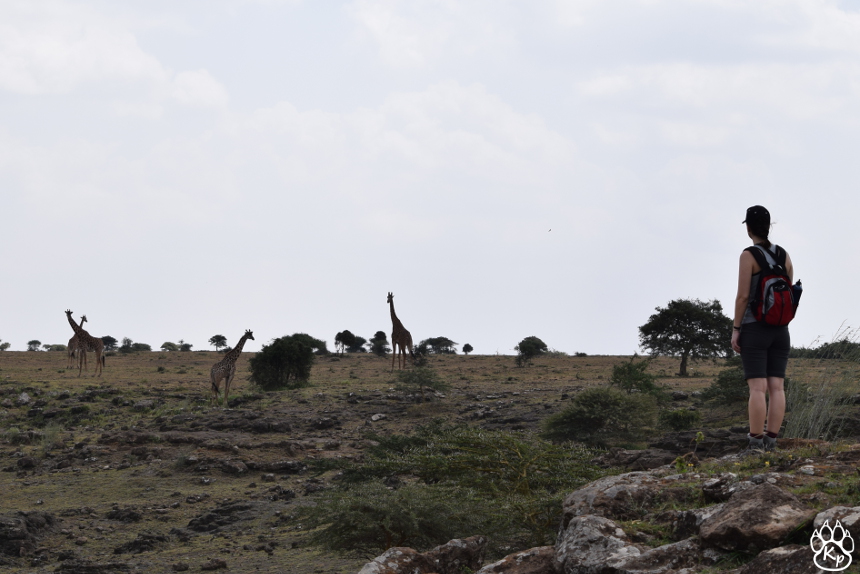 On a walk on the open border of Nairobi National Park

Wildlife populations in this area are declining. Fencing, roads, agricultural areas, and industrialization prevent the movement of animals in the plains. Wildebeest are one of the species that suffers the most: where once grazed huge herds, now only 5000 individuals remain. This is because wildebeest are a migratory species, and every year they travel from Nairobi in the dry months, to the south of the plains in the wet months, to find better pastures. And this path has basically been closed off. Other species are more resilient, like zebras, giraffe, impala, gazelles; but these species are declining as well because they too use the Athi-Kapiti plains as dispersal areas. 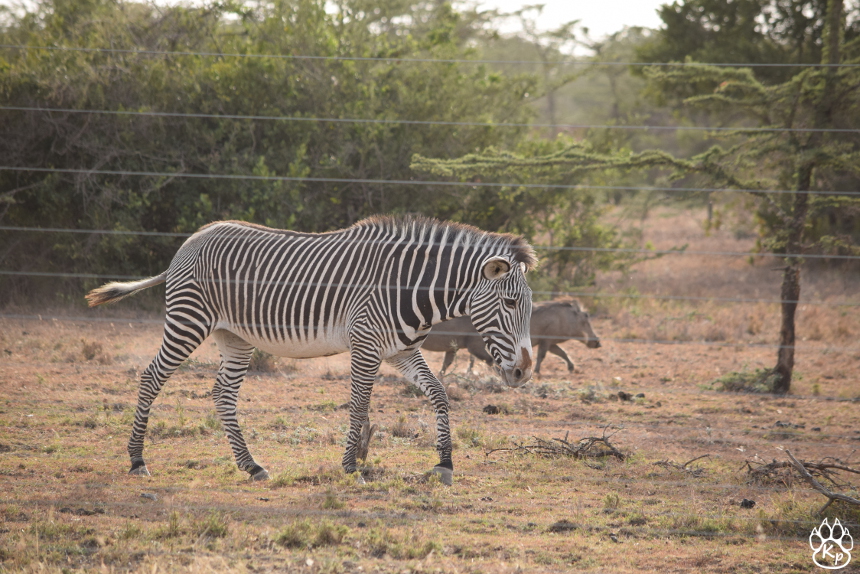 Grevy’s zebra and warthogs behind a fence

Fragmentation of the land started in the 1970s, when the government decided to privatize the land that before was considered public property. The land started to get subdivided in community ranches, then in smaller private ranches. More fences, more houses and more roads were built, and many parcels became agricultural land instead of pastures. In addition, the population of Nairobi is growing at an impressive rate, and the city is steadily expanding towards the surrounding land. Therefore, the land that is closer to the city is getting expensive, and many people are starting to look a bit further, to the Athi-Kapiti plains, to buy homes that are more affordable but still close to Nairobi. 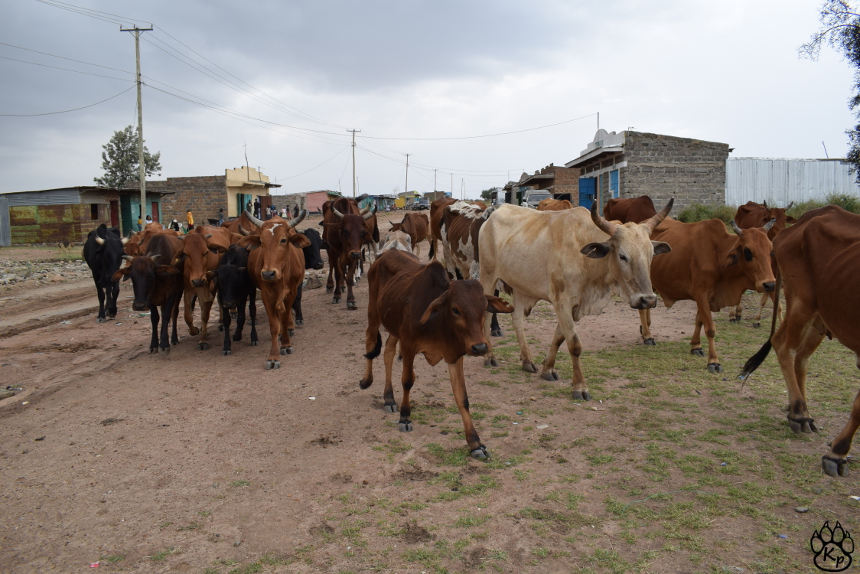 All this adds up to a lot of boundaries for animal dispersal, and not only wildlife. Many of the ranches are too small to sustain the livestock herds that once walked on the plains. This has two main effects: ranches that don’t make enough income are sold to outsiders from the city, further increasing fragmentation, and shepherds started to bring their herds illegally inside the national park to feed, especially in the dry season, increasing competition with wildlife. 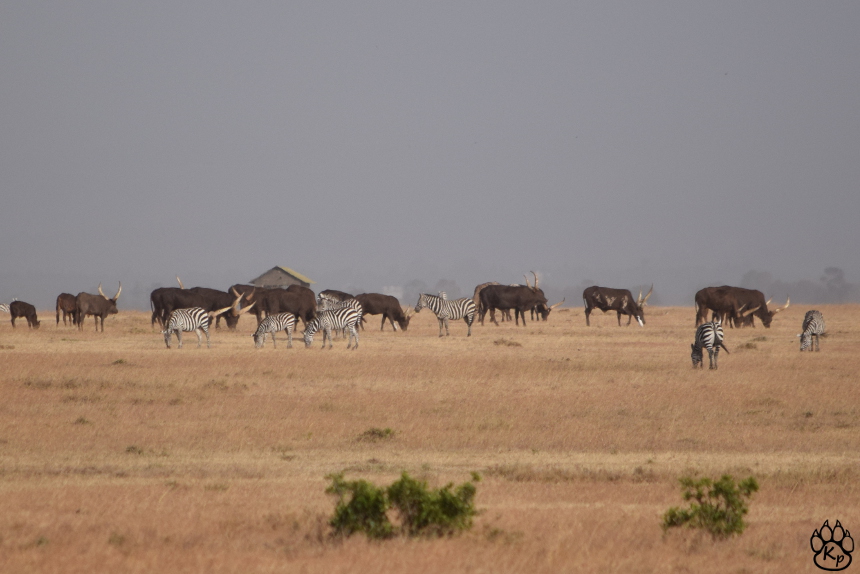 Cattle and zebras grazing together in Ol Pejeta

Wildlife decline in Nairobi NP is due to the loss of dispersal land in the neighbouring Athi-Kapiti plains, where a shift in land use and land ownership is affecting both wildlife and the traditional livestock-based lifestyle of the Maasai tribe. But the increase in population in Kenya, and Nairobi especially means more land is needed for urban development and agriculture. How can wildlife and humans coexist in this land?