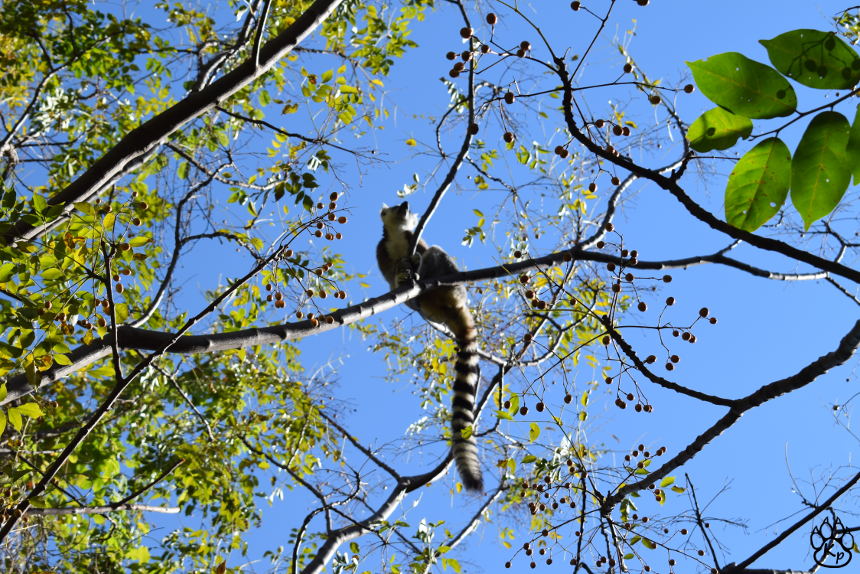 Anja Community Reserve was established in 2001 and is entirely led by the local community. It covers 370,000sq-m of forest and rocks across three small mountains. It is famous because it houses around 400 ring-tailed lemurs, habituated to human presence and very easy to see up close. The ring-tailed lemur is probably the most widely known lemur species in the world, with their characteristic black and white ringed tail. Remember King Julian from Madagascar the movie? 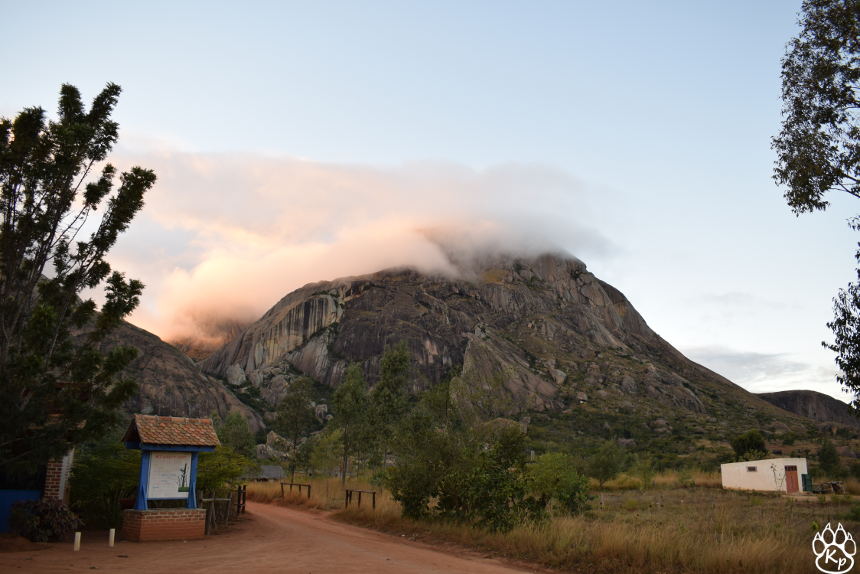 The reserve is a bit far from where we are staying especially by public transportation, but many of the previous volunteers said it was worth the journey. So Friday after work we left for Fianar where we spent the night and the morning after we took a taxi brousse to reach Anja. 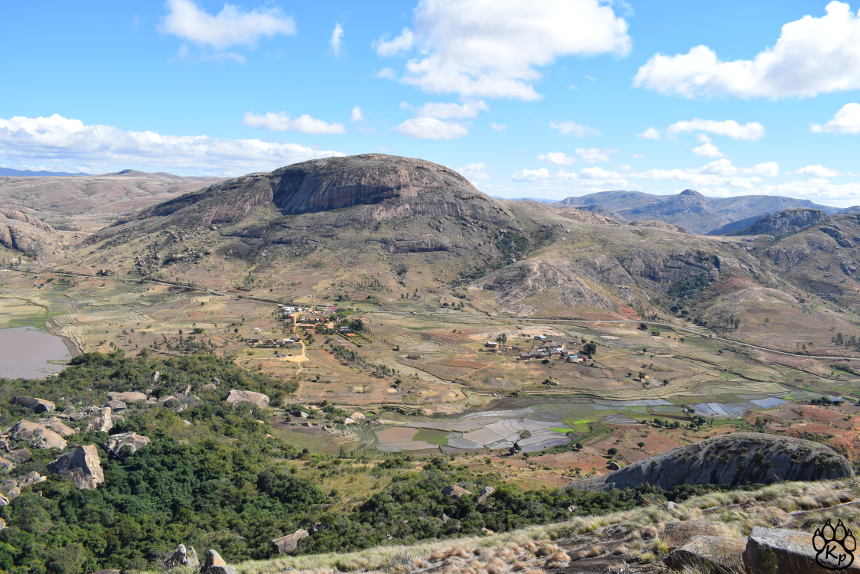 We met with Sam who was going to be our guide for the two days we spent at the reserve. We left our gear in the hotel rooms and went straight into the park to see the lemurs we were so excited about. 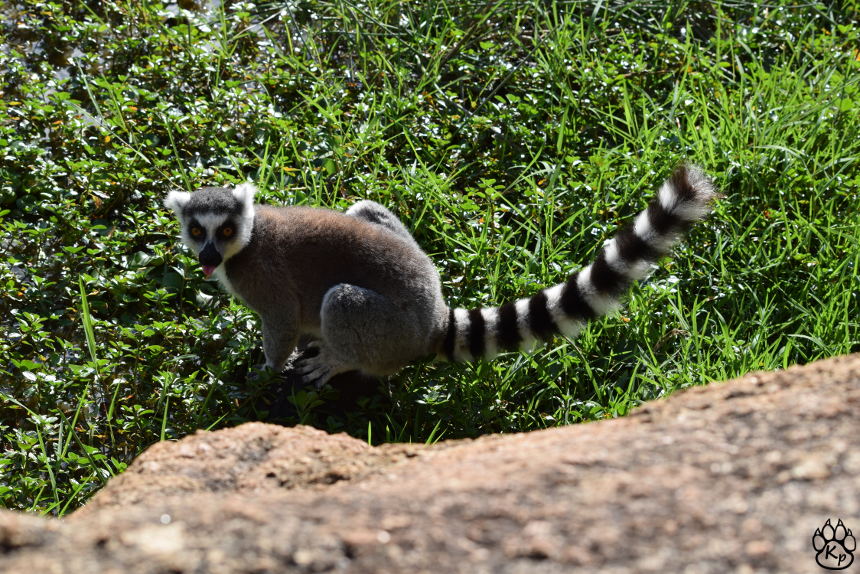 Ring-tailed lemurs (Lemur catta) live in female-dominated groups of around 25 individuals. In Anja the groups reach the size of 40-45 individuals, probably due to the limited dispersal range, as well as the abundance of food. They are diurnal and can be often found in the morning sunbathing on the rocks in their classical “sun-worshipping” position. 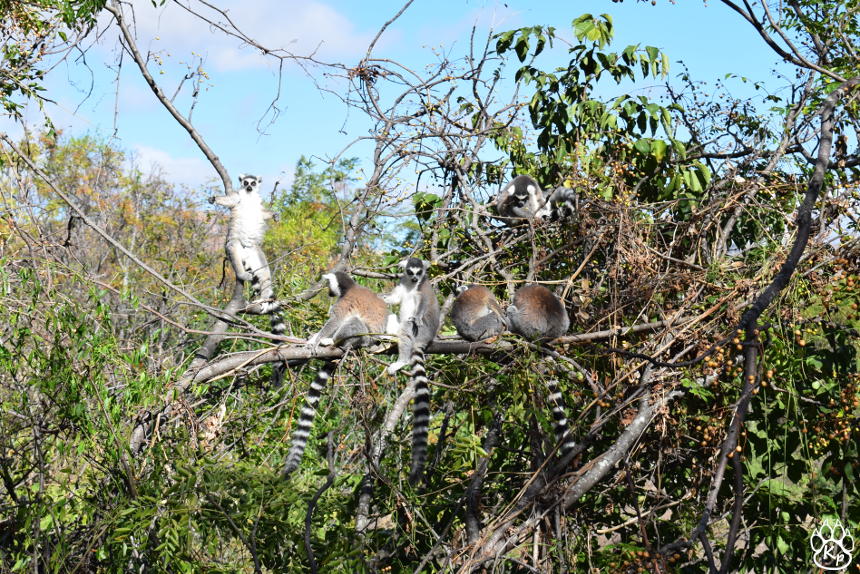 They are the most terrestrial of lemurs and are equally good at climbing rocks and trees and they spend the nights sleeping in caves. Even though the norm is only one young born in September, they often have twins, especially if good food is abundant. 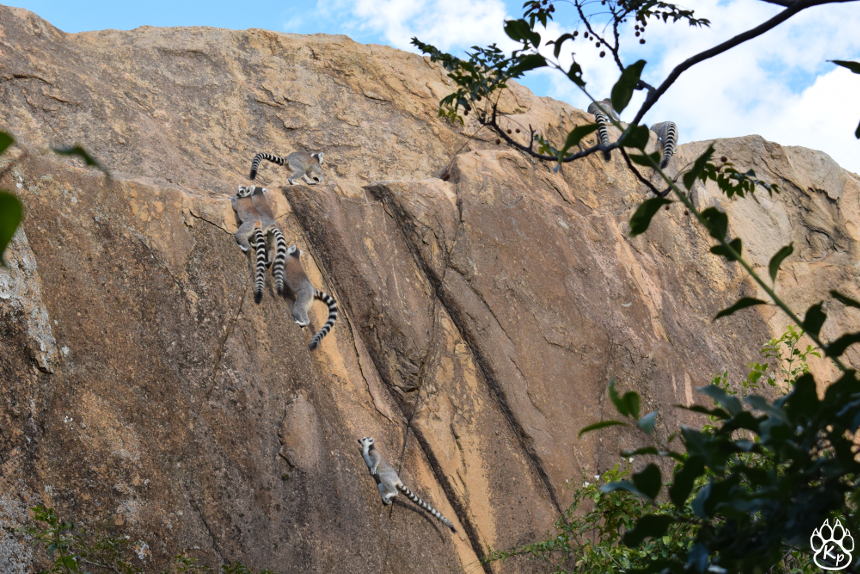 Anja also is home to several species of chameleons and many birds, which we admired the second day, while doing the long walk that brought us up close to the top of the smaller mountain. 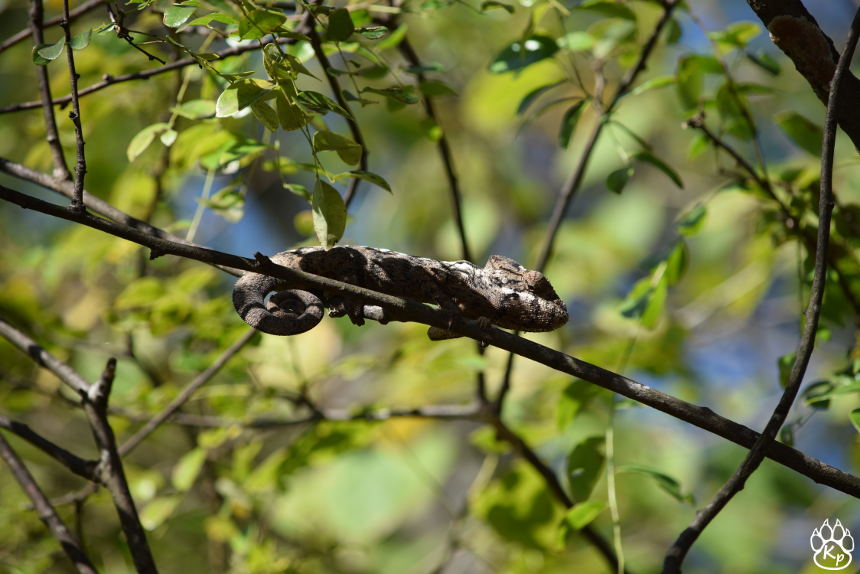 We hiked up on surprisingly grippy, steep reclining rocks for a bit more than an hour, pausing often to admire the panorama that extended below us: rock boulders, forest cover, rice paddies, shallow lake and more mountains in the distance. 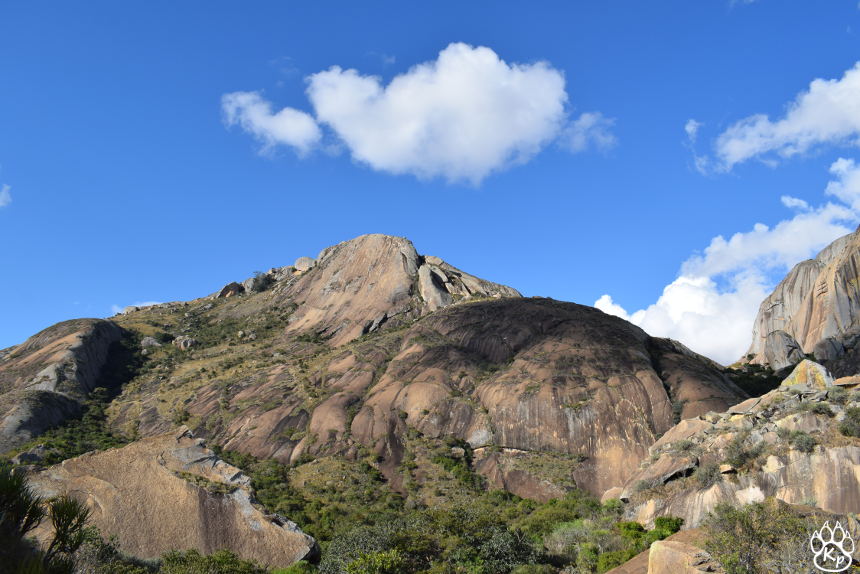 It would have taken us 9 hours of taxi brousse ride the morning after to get back at camp but, in a surprising stroke of luck, our colleagues directed to Kianjavato crossed our path half way there and gave us a ride. In any case, a visit to Anja Community Reserve is definitely worth the journey, both to admire the famous ring-tailed lemurs and for the landscapes, so different from what you can see around Kianjavato. 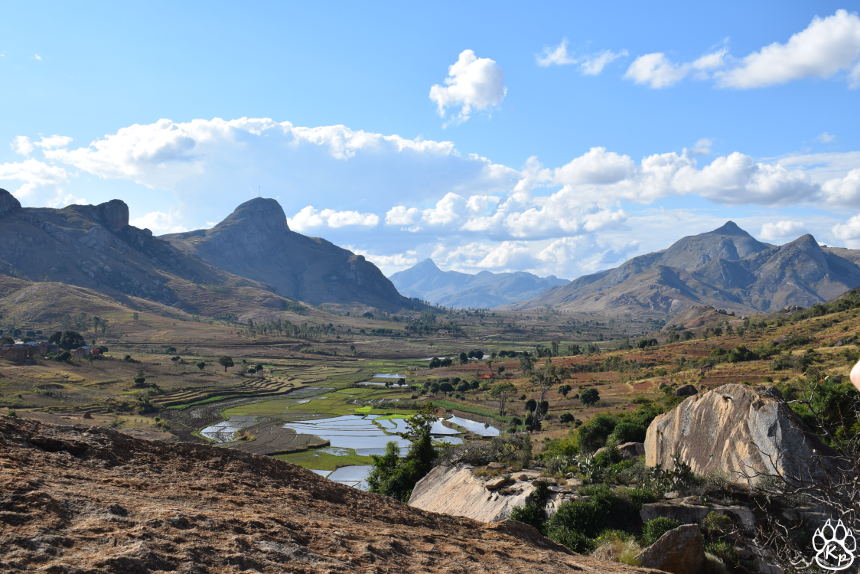 2 thoughts on “Anja and its Ring-tailed Lemurs”